By B. Needham After more than 20 years of serious backgammon activity, I have tracked down several backgammon mistakes, players make time and again.
It is actually very easy to avoid these mistakes, which are nurtured by fears, insecurity and lack of experience. So here are a few thoughts that can save you a lot of disappointment.

Too Far, Too Soon- The Most Common Backgammon Mistake

Advancing your stones too far forward too soon is by far, the most frequent error of all. Beginners tend to be enthusiastic about making points, which is indeed a splendid thing, but at what cost?

For example, establishing the 2-point with an opening roll of 6-4 is usually not a great idea.
True, you gain a valuable inner board point; however, at the same time, you are storing up troubles for later. You limit your future options with unsuccessful rolls, and you make it easier for your opponent to re-enter over the top from the bar.

Yes, there is such a thing, playing too ‘safe’!

Backgammon board is your battle zone. You cannot win a war by running away or hiding out. You must find the courage to fight for desired strategic points and take calculated gambles.
Everybody knows that it’s impossible to play a backgammon game without leaving blots on the way, and if you will think about it a bit longer, you will realize that it’s better to take small risks early in the game, for a potentially big reward, rather than leaving things for later, hoping to get lucky!

The bar point is an important point to conquer, since it prevents your opponent from escaping with a 6 roll. However, the most valuable points of all, without a doubt, are the 5-points, of both yours and your opponent’s inner boards. If you block these points, you can control the game. Your opponent will find it difficult to move freely, let alone hit your checkers, knowing that if you do get hit, you have a safe place to return to.

So, If at all possible, you should try fight for these points, and prevent your opponent from grabbing them first. Do not try to escape ASAP, just because you are worried about getting ‘trapped in’; a stone being hit is not the end of the world, especially if it is a calculated loss and not just a move, which is forced upon you.

Inexperienced players have the tendency to “rescue” their checkers from the rival’s inner board as fast as they can. Dismantling a safe anchor, when the opponent has 3 or more inner board points, is a very wrong call that quite often results in losing both stones, watching in agony your opponent escapes from a bad position, because you cannot re-enter. In general, you better keep the anchor as long as possible, and take a chance somewhere else, even if it means leaving a blot. If you find yourself seriously behind in the race, but you still have the anchor, you shouldn’t worry unduly about losing another stone; on the contrary, it will allow you shift your strategy to the backgame strategy. Now all you need is one perfectly timed hit to mix things up. 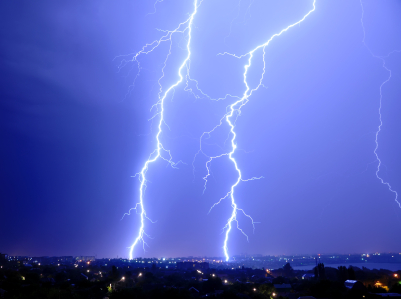 Be brave and adventurous when you have the opportunity to hit your opponent twice. The profit you gain from a move like that, is worthy of the risk. First of all you create a substantial delay for your enemy and there’s no guarantee you will be hit back. More importantly, a bogey number rolled by your opponent will help you acquire a very strong position that may influence the entire game score.

Be calm, self-confident and objective as you can when approaching backgammon. Do not freak out and do not be in a hurry to escape. Be patient and try to predict how the game is likely to develop; be aggressive, plan ahead, avoid end-game troubled situations before they happen and last but not least – bring all the luck you can get!!! Remember, if you get your share of luck and play a solid game, you’ll win a lot more games than you lose.